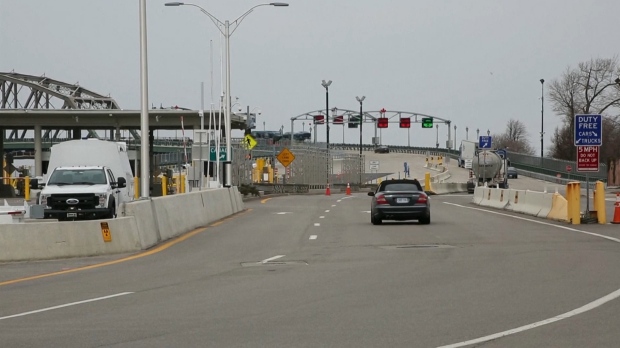 The federal government says it has not received a formal request from Ontario to add further restrictions on international travellers, despite three letters sent by the Ford government in April calling for more measures at the border.

In a letter obtained by CP24, Canada’s Intergovernmental Affairs Minister Dominic LeBlanc responded to the two latest letters issued by the Ontario government about the need to enhance measures at the border to curb COVID-19 transmission.

Ontario Premier Doug Ford has increasingly been vocal about his call to ban all non-essential travel to Canada as variants of concern are spreading across the province and country, amid a third wave of the pandemic.

However, LeBlanc says Ottawa has not received specific requests on what additional travel measures Ontario would like implemented.

“We welcome your specific requests for further refinements to the mutual agreed list of acceptable international travellers. The federal government stands ready, however to date we have not received such a request,” LeBlanc said in the letter issued on Friday.

Currently, anyone travelling into Canada on an international flight must take a COVID-19 test 72 hours before flying and again upon arrival. They also must reserve a room at a federally-approved hotel for three nights where they can isolate and await their results. If a person receives a negative COVID-19 test they can continue their 14-day quarantine period elsewhere. 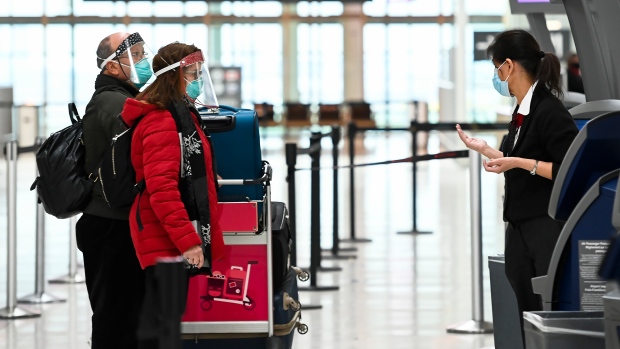 Travellers must also take another COVID-19 test eight days after their arrival.

The rules, however, are different for those who enter the country at the land border. Travellers must show a negative COVID-19 test taken within 72 hours of arrival and prove that they have a plan for their 14-day quarantine period, but they do not have to quarantine at a federally-approved hotel.

In an open letter to Prime Minister Justin Trudeau on Apr. 22, Premier Ford and his Quebec counterpart requested that the federal government immediately reduce incoming international flights while also enhancing measures at the Canada-U.S. land border.

Ford and Quebec Premier Francois Legault said that there is an “urgent need to address issues with testing and quarantining at the borders,” including travelers who opt for fines over staying in a quarantine hotel and others who travel by land to avoid quarantining altogether.

Earlier in April, Ford announced that Ontario would prohibit non-essential, interprovincial travel into the province by setting up checkpoints at its land borders with Quebec and Manitoba.

Hours after Ford and Legault’s letter was released, the federal government announced that it was suspending flights from India and Pakistan for 30 days as cases in those countries continue to rise.

“We are asking that you implement mandatory pre-departure PCR testing for all domestic air travellers entering Ontario. This measure will be an extension to the current 72-hour PCR required for international passengers seeking entry into Canada,” they said in a letter issued on Apr. 26.

“These new measures should be in place for as long as necessary, or until the risks of new variants in Canada have been effectively minimized,” they added.

In LeBlanc’s letter, he acknowledged Ontario’s efforts to limit interprovincial travel and said Ottawa is willing to work with the province to enforce the measure.

“Premier Doug Ford noted a desire to manage or limit interprovincial air travel. As with other provinces and territories that have taken these measures, we are prepared to work with you to help facilitate additional provincial measures regarding interprovincial travel,” he said.

As cases of variants of concern continued to rise across the province, Elliott and Jones issued another letter three days later in April asking the federal government to implement a mandatory three-day hotel quarantine program for people travelling across land borders.

They said the mandatory hotel quarantine should apply to those at land crossings with the highest traffic, including Niagara, Windsor, Sarnia and Brockville.

Their letter noted reports of international travellers booking flights to nearby U.S. airports and then either driving or walking across the border.

“With several land border crossings between the United States and the Province of Ontario, this loophole represents a significant threat to the health and well-being of Ontarians due to the potential for further entry of COVID-19 variants into the province,” their letter read.

In his letter, LeBlanc said the federal travel measures “are working” and that the government is monitoring trends in test results at the borders and are ready to “adjust measures” if needed.

“The data shows that less than 2% of travellers test positive for COVID-19, and that those cases are being confirmed while they are safely contained in quarantine to prevent further transmission.”

Any travellers who fail to comply with border and quarantine measures could face a fine of up to $3,000.