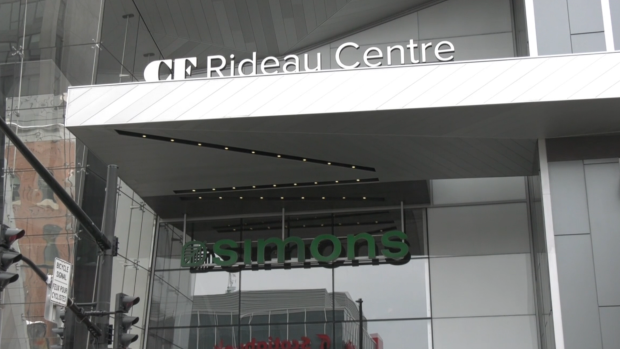 Ottawa police cleared the return of shoppers and staff to Ottawa's largest mall after the building was evacuated Tuesday, just hours after it was able to reopen following a three-week long occupation of the city's downtown core.

The Ottawa Police Service tweeted and then deleted a statement just before 1 p.m. saying they were responding to a shoplifting call with a possible weapon and one person had been arrested. They later tweeted only that one person was in custody and that the “police operation” was still underway.

The mall is a few hundred metres east of the Parliament Buildings, and was closed Jan. 29 when hundreds of demonstrators descended on the city protesting COVID-19 restrictions and the Liberal government. The protesters staged an event inside the mall, swarming it with people refusing to wear masks. The mall's owners then closed it down.

It remained closed until Tuesday morning.

Cadillac Fairview Corporation Ltd., which owns the Rideau Centre, said in a statement police immediately responded to the incident. In the late afternoon, the company said the on-site investigation was complete and the mall would open for the remainder of the day.

Witnesses said they were inside working or shopping when some of the lights went out and stores starting closing their doors. Shortly after that someone on the loud speaker said everyone needed to evacuate immediately.

“Someone just reported that there was a man with a gun. They reported someone to the mall security and all the police came and they told us to get out,” said Budry Hakeemy, owner of the Taylor & Colt barbershop on the mall's third floor.

Hakeemy said she was able to grab her coat as she fled but not her bags. A police officer brought her purse to her as she waited outside the locked doors on the mall's south doors.

A group of Apple store employees shivered in the cold, unable to get their jackets before leaving. They still wore their store headsets.

A few minutes later, a different officer came out and told everyone assembled that the mall would be closed for quite a while and they should go home.

The area around Parliament Hill is still in a state of semi-lockdown following the protests, which came to an end on the weekend when police moved in to clear the streets of people and vehicles.

But the area around the mall was fully reopened Tuesday and police said businesses should feel safe to reopen.

Early Tuesday afternoon, that changed for mall shops as police responded to a call, many of them with guns drawn. A dozen police cars with lights flashing sat in front of the mall's various entrances, and police tape closed off one block in front of the northwest doors.

At least six officers were seen guarding the interior doors at the south entrance, one of them with a rifle.

A nearby school went into lockdown briefly as the events began to unfold but returned to normal operations within an hour.

Hakeemy was emotional as she described the heartache of having to constantly close during COVID-19, then for the protests, and now this.

“I already lost a couple of my good employees and I had another guy who picked up his tools and said he wouldn't be able to work here anymore because he doesn't feel like it's an environment that he wants to be in,” she said.

“Half of my stuff is inside the shop. I don't know what to do.”

This report by The Canadian Press was first published Feb. 22, 2022.