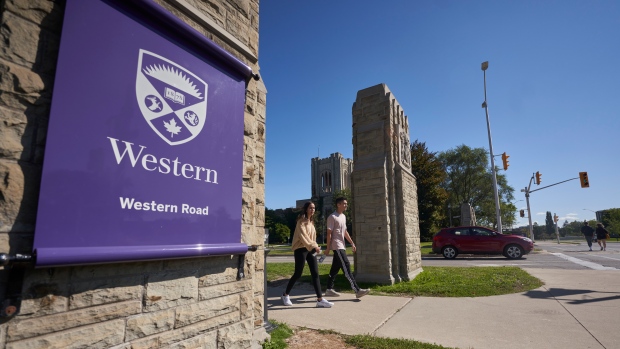 LONDON, Ont. - Public health officials have declared an outbreak at a Western University student residence in London, Ont., where eight people have tested positive for COVID-19.

The Middlesex-London Health Unit announced the outbreak on Thursday, saying the students who tested positive are self-isolating.

Western said the outbreak is at its Saugeen-Maitland Hall residence and added that it is supporting the students who tested positive with resources such as medical access and academic accommodations.

The region's medical officer of health says declaring the outbreak will help limit further spread of the virus within the student community.

Dr. Chris Mackie says the outbreak highlights the need for students to limit close contact to only those within their dorm room and to stay in their room if feeling unwell.

The health unit previously declared an outbreak at a different residence on campus after four cases were confirmed in October.