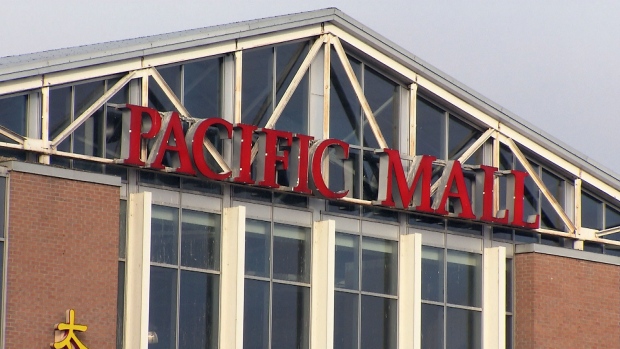 This file photo shows the exterior of the Pacific Mall in Markham, Ont.

Management of Pacific Mall said they are “deeply disturbed” after a recent U.S. report named the mall one of the most “notorious markets” for counterfeit goods in the world.

A news release issued by the Markham mall on Tuesday addressed the report released in January, saying it will take internal measures to put a stop to the practice.

“Management at Pacific Mall has learned that a recent report suggested that some vendors in the mall are selling imitation goods,” the news release said. “We are deeply disturbed and disappointed by this news.”

“Management takes compliance with the laws and regulations that govern the sale of goods seriously.”

The mall said they are making the following efforts to address this issue:

“As Pacific Mall management monitors this situation closely, it will continue to adopt various practices that will help discourage such behaviour from recurring in the future,” the news release said.

Pacific Mall was one of 18 retail businesses and 25 online retailers that were named by the U.S. Office of the Trade Representative in its annual review of “notorious markets.”

Pacific Mall was the only Canadian market included in the report.

The report said the counterfeit goods being sold at the mall can pose public health and safety risk.

Over the past two decades, the RCMP and York police have seized counterfeit electronics, DVDs, video games and other goods said to be worth millions of dollars at the mall.