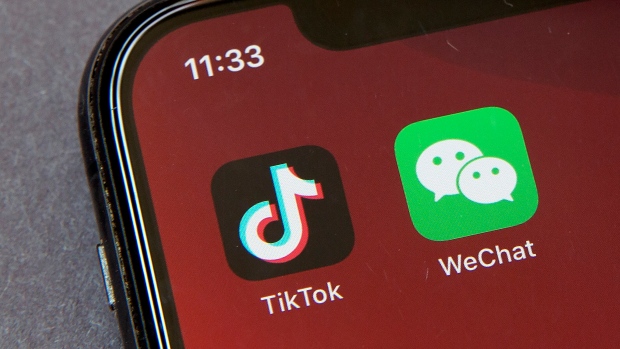 Icons for the smartphone apps TikTok and WeChat are seen on a smartphone screen in Beijing, in a Friday, Aug. 7, 2020 file photo. (AP Photo/Mark Schiefelbein, File)

A brief statement from the agency said that it blocked TikTok in compliance with the orders of the Peshawar High Court. It provided no further details.

The Peshawar High Court said it acted on a petition from lawyers Nazish Muzaffar and Sara Ali who requested the video-sharing platform be blocked until it complies with instructions and guidelines given to it by the Pakistani media regulatory agency last year.

Pakistan and China are close allies in the region. In October, Pakistan blocked TikTok for 10 days.

Some of Pakistan's TikTok celebrities at the time criticized the government for banning the video-sharing app, which is owned by China's ByteDance and is the third-most downloaded app over the past year after WhatsApp and Facebook. It has been downloaded almost 39 million times in Pakistan.