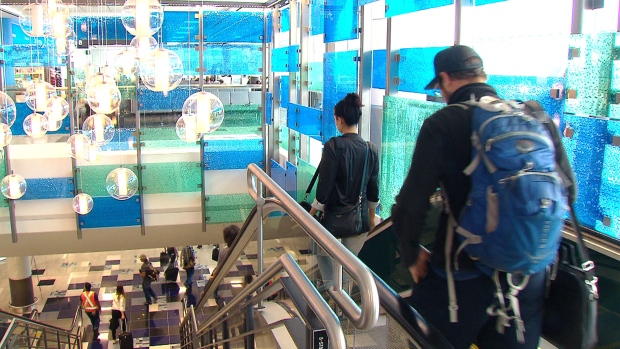 Terminal 3 at Toronto’s Pearson International Airport is shown in a file image.

Parts of Pearson Terminal 3 were evacuated and all processing of U.S.-bound passengers was stopped after a suspicious unattended bag was found inside, Peel Regional Police say.

Officers were called to the terminal at 12:12 p.m. for a report of an unattended bag inside.

Portions of the terminal were closed and evacuated and police said all customs processing for passengers on U.S.-bound flights was stopped.

The explosives unit was sent to examine the bag.

The terminal re-opened to the public at 1:49 p.m. with "no concern for public safety," police said.