A plane bound for Toronto has been forced to divert to Iceland after a Canadian man allegedly became violent and tried to open the aircraft door mid-air.

LOT Polish Airlines flight 41 was flying from Warsaw, Poland to Toronto on Thursday when the incident occurred a few hours into the flight, the airline said.

A spokesperson for the airline told CTV News Toronto the altercation began after a flight attendant refused to serve a Canadian passenger alcohol.

"The man then went to aft galley and shouted at crew members," LOT Polish Airlines Press Officer Krzysztof Moczulski told CTV News Toronto. "The passenger was about to hit a cabin crew member, but fellow passengers ran to galley and tried to calm him down."

Moczulski said the passenger became so aggressive that at least five passengers rallied together to subdue the man in the aisle. 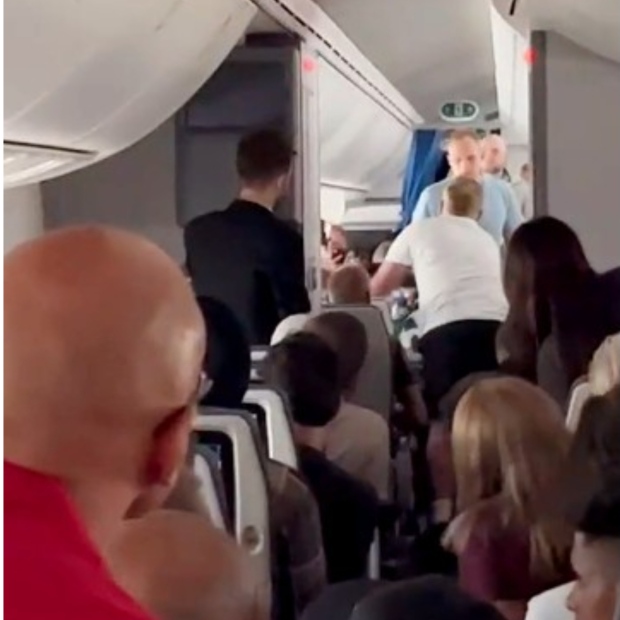 "He managed to get away and at one point the passenger ran to the plane doors and tried to open them mid-air," Moczulski said.

Moczulski said the pilot made the decision to land the plane in Reykjavik. The passenger was eventually taken back to his seat for landing.

When the plane landed in Reykjavik, police boarded the plane and arrested the man.

In another video submitted to CTV News Toronto, multiple police officers can be seen boarding the airplane and escorting the man away in handcuffs.

'HE WAS SPITTING ON PEOPLE'

A passenger on the flight, who was sitting near the passenger in question, told CTV News Toronto he knew something was wrong when he heard screaming coming from the back of the plane.

"He was in the back of the plane fighting with the flight attendants," the Ontario man, who didn't want to be identified, said. "It was just non-stop." 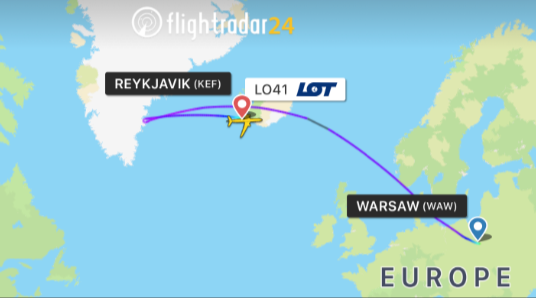 "People were restraining him because he was throwing water bottles at flight attendants," he added. "He was also spitting on other passengers. At one point he was yanking on the plane door."

He said he was relieved after the plane landed in Iceland and the man was arrested, but is now stuck in a hotel in Warsaw waiting for another flight to Toronto.

The airline said because of crew restrictions, the plane left Reykjavik and returned to Warsaw. All affected passengers have been given hotel rooms before their flight to Toronto on Saturday, the airline said.

LOT Polish Airlines said no one was physically injured, but their cabin crew have been left "extremely stressed by the situation."

It's not known if any charges have been laid.

Police in Iceland escort a passenger off a LOT Airlines flight after an incident mid-air. (Supplied)