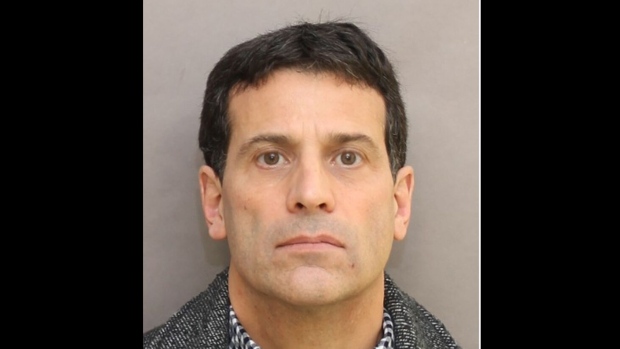 Gary Rosenthal, 58, is shown in a Toronto police handout image.

A Scarborough doctor was charged last month after a patient accused him of sexually assaulting her during a medical exam, Toronto police say.

Officers say that on Dec. 20, 2019, a 40-year-old woman attended a doctor’s office in the Kennedy Road and Finch Avenue East area.

She was allegedly sexually assaulted during a medical exam.

Seven days later, police say they arrested a man they identified as Gary Rosenthal of Toronto.

A listing from the College of Physicians and Surgeons of Ontario indicates Rosenthal is a surgeon, with privileges at three hospital campuses in Scarborough.

He was charged with one count of sexual assault.

Rosenthal appeared in court on Dec. 27 at 1911 Eglinton Avenue West.