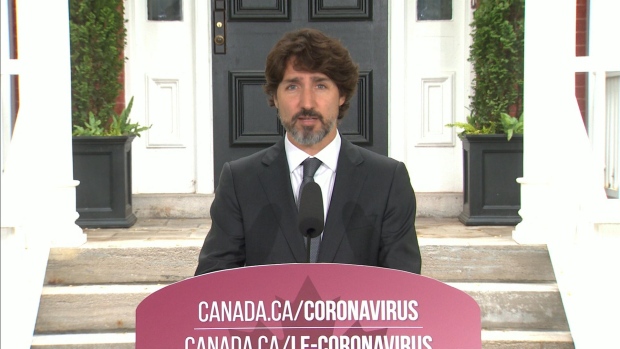 Budget officer Yves Giroux's report scheduled to be released this morning comes as the House of Commons is set to discuss proposed changes to the COVID-19 pandemic-related aid.

Prime Minister Justin Trudeau said Tuesday that his government wants to rework how it doles out the $2,000-a-month benefit and get more people back to work, while also cracking down on fraud.

The most recent federal figures show 8.41 million people have applied for the CERB, with $43.51 billion in payments made as of June 4.

The figures surpassed anything the government originally expected, which is why the Finance Department recently updated its spending projections to put a $60-billion price tag on the measure, up from $35 billion.

Costs could go up if the government were to agree to extend benefits beyond the 16-week maximum, which the first cohort of recipients will hit early next month.