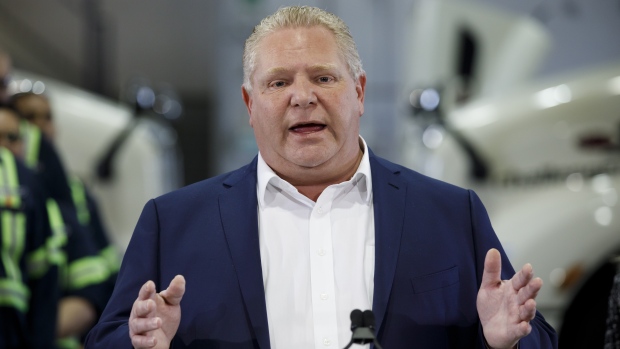 Support for the ruling Progressive Conservative Party in Ontario has dipped below 40 per cent for the first time since the provincial election, a new poll shows.

“The PCs have taken a dramatic slide since January - so much so that they might not win a majority if an election were held today,” Mainstream Research President Quito Maggi said in a statement released along with the poll. "The Liberals have had the biggest gains thanks to a surge in support in Toronto."

The poll also found strong disapproval of the provincial changes to autism programs, with 54 per cent of respondents saying they disapprove and 28 per cent saying they approve.

The poll was conducted on March 21 – the same day that the provincial government announced they were backtracking on some of the changes following a backlash from angry parents.

“Ontarians are strongly opposed to the Ford government's changes to the autism programs," Maggi said. “Parents of autistic children have been very vocal in their opposition to the PC government's measures and it looks like that Ontarians generally also disagree with Ford on this issue.”

The poll found that the favourability rating for party leaders was mostly unchanged. Among provincial leaders, Ontarians hold the best opinion of NDP Leader Andrea Horwath (33.6 per cent have a favourable opinion). Premier Doug Ford has a favourability rating of 24.9 per cent. Interim Liberal Leader John Fraser stands at 14.5 per cent while Green Party Leader Mike Schreiner sits at 13.5 per cent.