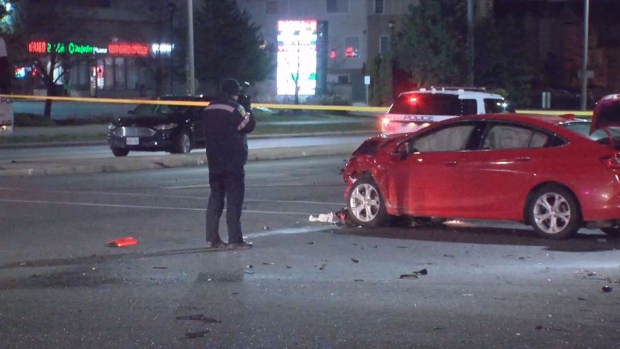 Peel police are looking for a driver who fled the scene after a crash in Mississauga overnight.

Police responded to a two-vehicle crash near Heatherleigh and Eglinton Avenues shortly before 1 a.m. on Saturday.

One of the involved vehicles struck a house near the intersection.

Police say a female was taken to a trauma centre with serious non-life threatening injuries.

At least two other occupants were taken to hospital with non-life threatening injuries, according to police.

Investigators are looking for the driver of the second vehicle involved who fled the scene on foot.

The cause of the collision is under investigation.

A car has crashed into a house following a collision in Mississauga early Saturday morning.