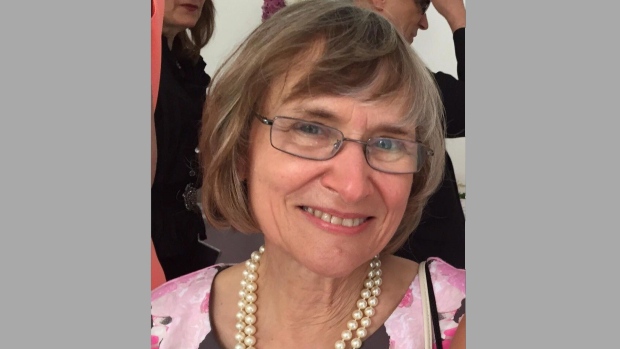 One of the victims fatally gunned down in an attack on a Pittsburgh synagogue on Saturday had ties to Toronto.

Joyce Fienberg , 74, grew up in the city and was married at Holy Blossom Temple in 1965, according to a statement from her family.

She and her husband Stephen eventually settled in Pittsburgh where he worked as a Professor Emeritus at Carnegie Mellon University and she worked as researcher in the University of Pittsburgh's Learning Research and Development Center up until her retirement in 2008.

Speaking with CP24 on Sunday evening, one of Feinberg’s longtime friends in the city described her as a “caring” person who always did her best to maintain relationships with her loved ones.

“Joyce was the one that held us all together. When she was married to Stephen and they moved away to Pittsburgh she still made a point of connecting with all of us. She would come in to see her parents and she always made sure she connected with her friends,” Pearl Bell said. “A sweeter more caring you will never meet.”

Bell attended school with Fienberg in Toronto and never lost touch with her.

She said that she spent Saturday emailing and texting Fienberg and was “hoping beyond hope” that she may have been out of the country and not at the synagogue.

She said that hope quickly turned into “absolute disbelief” when she saw the news reports identifying Fienberg as one of eleven victims killed in the attack. A married couple, a pair of brothers and a 97-year-old woman were among the other victims identified by police Sunday. The victims range in age from 54 to 97 years old.

“Joyce being Joyce was doing a mitzvah at the synagogue. My understanding is she was helping to prepare for it when this unspeakable monster came in and did what he did,” Bell said, noting that she plans to go to Pittsburgh to attend a funeral service for her friend.

Fienberg still has family in GTA

According to the statement from her family, Fienberg leaves behind two sons, as well as a brother and sister-in-law who live in Thornhill.

Speaking with CP24 during a mental health empowerment event at the Beth Tzedec Synagogue earlier on Sunday afternoon, the chair of the Jewish Foundation of Greater Toronto said that while Feinberg’s death does “hit home,” so too do the deaths of the other victims.

“The fact that the individual has a Toronto connection hits home but when we see the tragic deaths in a circumstance like that of anyone, we are all part of the human race,” David Matlow said. “So yes it is close and there is a connection but every person lost in a tragic event like this, we are all desperately sad about.”

A number of vigils are expected to be held in the GTA Sunday and Monday to honour the victims of the deadly shooting.

Joyce Fienberg is shown in this photo submitted to CP24. (Submitted)