The family of a missing 15-year-old Bradford boy made a direct appeal for him to come home as police ramped up their search on Thursday.

Siem Zerezghi was last seen at around 11:30 p.m. on Friday at his home in the area of Professor Day and Northgate drives.

"We are worried about you," Zerezghi's older sister Ruta said. "We love you, and we miss you. Please come home."

South Simcoe Police said Zerezghi and his family moved to the area two years ago.

He likes to play Fortnite, police said, and they are asking gamers who have interacted with Zerezghi to share what they know.

In an update on Thursday, police said they have obtained a security video in the neighbourhood showing Zerezghi a short distance away from his home around 7:45 a.m. on Saturday. 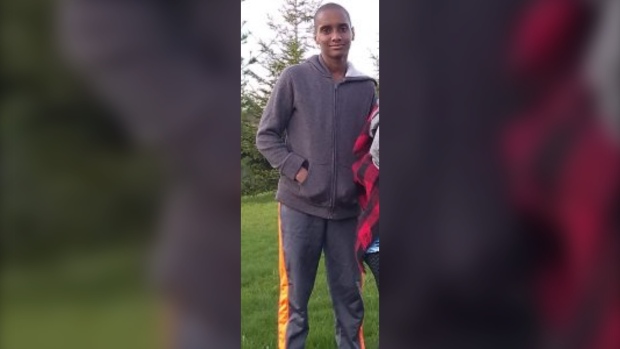 "Investigators are appealing to the public, members of the community in that quadrant of Bradford to review any security footage that they have for their home that may show a person wearing a pair of gray pants with an orange stripe."

Phillips said Zerezghi was seen in the video wearing grey track pants with an orange stripe.

"We believe that additional security systems will have captured images of Siem leaving his home and may lead investigators to fruitful information that we can investigate," Phillips said.

Police have also opened an online portal where the public can upload security footage and images that could assist in the search.

South Simcoe Police set up a command post at Bradford District High School. Members of the Georgian Bay Volunteer Search and Rescue, and the Bradford and Innisfil fire departments joined the search on Thursday.

Phillips said they are concerned for Zerezghi's safety, especially with the temperature dipping down below the freezing mark.

"We're going to push through as late as we can today, following up on any investigative leads that come in," he said.

"At this point, we want to continue to follow that trail of where Siem was headed that day."

Zerezghi is described as Black, five-foot-eleven with a thin build, short buzzed hair and brown/black eyes.

-- with files from CTV News Barrie