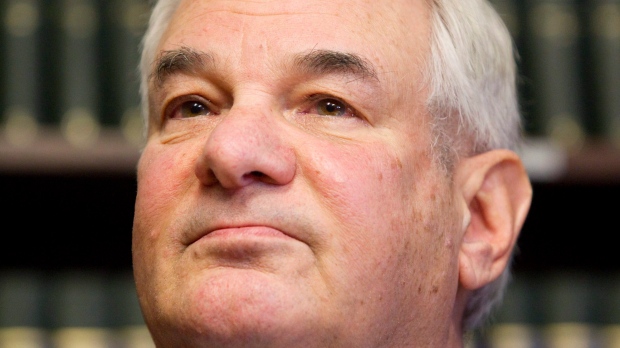 TORONTO -- A renowned lawyer who failed to have Rob Ford ousted from office accused Toronto police on Thursday of deliberately giving the embattled mayor a pass on his alleged drug use and ties to accused and convicted traffickers.

Following police assertions they were now in possession of a video showing Ford appearing to smoke crack cocaine, Clayton Ruby was scathing about the investigation.

"The police have either ignored or overlooked all the evidence against Ford," Ruby told The Canadian Press.

On Thursday, police arrested Ford's friend and occasional driver Sandro Lisi, 35, and charged him with extortion in relation to the video.

Under the law, police who witnessed suspicious "hand-to-hand" transactions would have been well within their rights to stop Ford's car, arrest him, and do a search -- even without a warrant.

They could also have applied for an instant search warrant, had they felt the need to do so.

"They have just time and again watched the trafficking take place, and decided not to arrest the mayor," Ruby said.

"They had grounds coming out of their ears."

Blair did not comment, but his spokesman, Mark Pugash, called Ruby's remarks a "desperate and transparent attempt" to latch onto a news story in which he had no involvement.

Pugash noted the lead investigator, Det. Sgt. Gary Giroux, is highly experienced, capable, and one of the most "tenacious and persistent" investigators around.

"(Ruby) has no idea what he's talking about," Pugash said.

"We know we are going to be under the most extensive scrutiny, so we have to be able to justify absolutely everything that we do."

At a news conference Thursday, Blair said police had no grounds to charge Ford -- even with the video, recovered after deletion from computers seized during an ongoing drugs and weapons investigation.

Blair, who insisted police treat everyone equally, would only say the investigation is continuing.

"It's an investigation designed to have no evidence at the end. It's hopeless, because (Blair) chose not to act when any other police officer would act."

Pugash categorically denied that Blair gave any direction to investigators when it came to the mayor.

Ruby should come up with evidence for his comments or withdraw them, Pugash said.

Last year, Ruby acted for citizen Paul Magder, who asked the courts to remove the mayor for taking part in a council vote in which he had a financial interest.

A judge agreed Ford should be ousted, but the mayor won an appeal on a narrow technicality.

Ford has never addressed the allegations substantively, but has said the video did not exist and that he does not smoke crack cocaine.