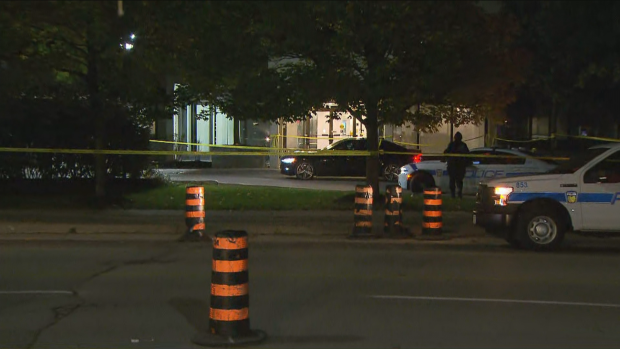 Peel Regional Police have now identified a man found shot to death in a vehicle outside a Mississauga condo earlier this week.

Officers were called to a building on Webb Drive, located near Confederation Parkway and Burnhamthorpe Road, shortly before midnight on Tuesday for a reported shooting.

Police say they believe a suspect walked up to Ibrahim’s vehicle and opened fire before fleeing the scene on foot.

Investigators have not released a description of the suspect.

The shooting occurred just hours after one person was killed and two others were injured in a drive-by shooting on the northbound Highway 410 ramp to Derry Road.

Police have not said if they believe the two shootings are linked.