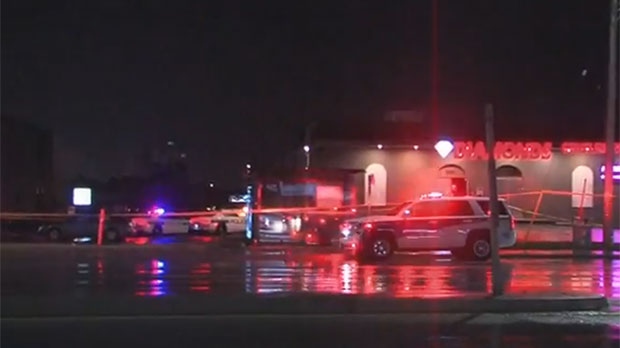 Police are investigating a shooting on Dundas Street East in Mississauga overnight.

Police have identified a 27-year-old man who was fatally shot outside a Mississauga strip club early Thursday morning.

Raimzhan Tokhtabayev was gunned down outside the Diamonds Cabaret strip club near Dundas Street and The West Mall at around 2:40 a.m.

Tokhtabayev was a resident of Mississauga, though few other details afre known about him at this point.

Police have previously said that Tokhtabayev was shot during some sort of altercation.

No arrests have been made in connection with the shooting and police are asking any residents or businesses in the area with surveillance cameras to review the footage from early Thursday morning.