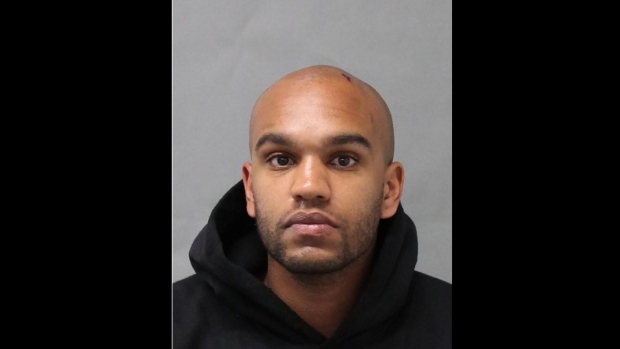 Police have issued a warrant of arrest for 25-year-old Andrew Martin Morris, of Toronto accused of sexually assaulting a 16-year-old girl.

Police have identified the suspect accused of sexually assaulting a 16-year-old girl in a downtown parkette twice in one week.

Toronto police said the man reportedly approached and sexually assaulted the teen in the McGill Parkette, near Yonge and Gerrard streets, on Wednesday.

The suspect fled the area.

The following day, police said the girl was in the parkette again at around 5:30 a.m. when the same man returned.

Investigators allege that the suspect sexually assaulted her once again before fleeing the area.

On Saturday, due to community cooperation, police said the suspect has been identified and a warrant of arrest has been issued for 26-year-old Andrew Martin Morris, of Toronto.

The man has been described by police being six-foot-one and is bald with a slim build. He was wearing a black hooded sweatshirt with a blue logo, black pants, burgundy shoes, and was carrying a satchel.