A body that was found in a ravine in Etobicoke on Monday night belonged to a 32-year old Toronto man, police say.

The body was discovered by three people walking along a trail off of Caulfield Road, near Islington and Bergamot avenues, at around 11:30 p.m.

In a news release issued on Tuesday afternoon, police identified the victim as Mohamed El Hatimy.

According to police, El Hatimy died from multiple gunshot wounds.

Police have previously said that the victim was shot in in the wooded area where the body was located.

Officers have not yet been able to narrow down when the victim was shot, however.

In the news released issued on Tuesday, police urged anyone with video surveillance footage from the area to come forward. Police also said that they are looking to speak with anyone who may be able to help investigators trace El Hatimy’s whereabouts prior to his death.

"The area itself is a ravine and there’s homes on either side," Det. Stephen Matthews told CP24 earlier in the day. "We are appealing to any residents that were in the area, either on the trail or live near it, that heard or saw anything."

The man’s body was found not far from the scene of two other shootings on Monday.

A teenager was shot on Monday afternoon on York Gate Boulevard, in the area of Jane Street and Finch Avenue.

Police say there is no evidence to suggest that last night’s homicide is linked to either of those two shootings. 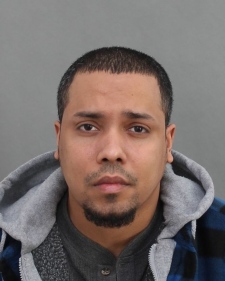 Police are investigating a suspicious death after a body was found in an Etobicoke ravine.