Toronto police have identified the 27-year-old man killed in a shooting in Scarborough early Friday morning.

At around 1:15 a.m., police responded to reports of a shooting in a townhouse complex near Lawrence Avenue East and Scarborough Golf Club Road.

When officers arrived on scene they located a vehicle with two people inside.

The man was pronounced dead at the scene and the woman, in her 20s, was taken to a trauma centre with serious but non-life threatening injuries, paramedics said.

On Friday afternoon, police identified the male victim as Keron Brathwaite from Toronto. 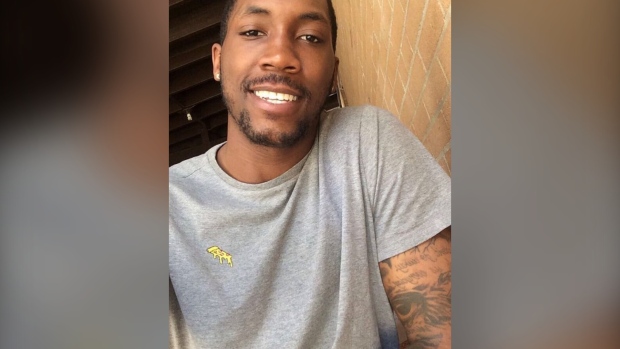 Keron Brathwaite, 27, of Toronto is seen in this undated photo. (TPS)

“There seem to be some casings there, the exact number I don’t know, but yeah this scene is traumatic in a sense that there were a lot of rounds fired…,” Musah said.

Police later confirmed that 16 shell casings were found at the scene.

No details about suspects have been released. The homicide unit has taken over the investigation. 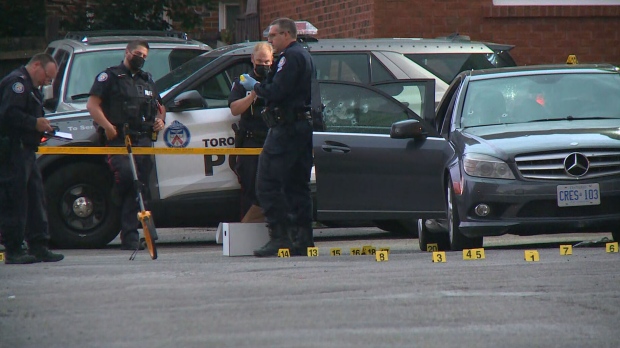 One woman who identified herself as Diane lives in the townhouse complex and heard shots fired outside of her unit. She told CP24 that she is shocked a shooting happened in her neighbourhood.

“Right now I’m shaky but I still have to go to work, I have to do my job. Just knowing that my family is safe is OK. [It's] too close to home, ” she tearfully said.

The involved vehicle was later towed away from the scene. 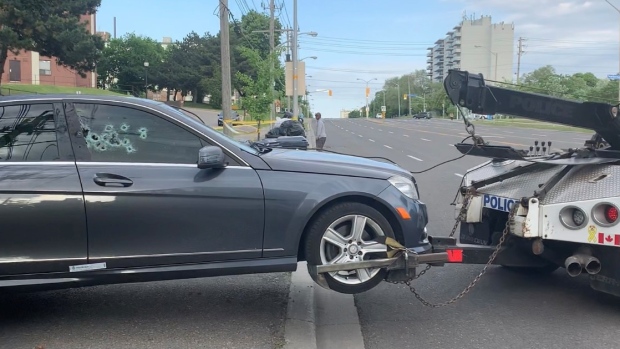 Anyone with information or dash cam video of the area is being asked to contact police or Crime Stopper anonymously.

“This incident isn’t normal to this area so I’m sure that it gathered a lot of people looking out their windows and we’re hoping those people contact 43 Division,” Musah said.