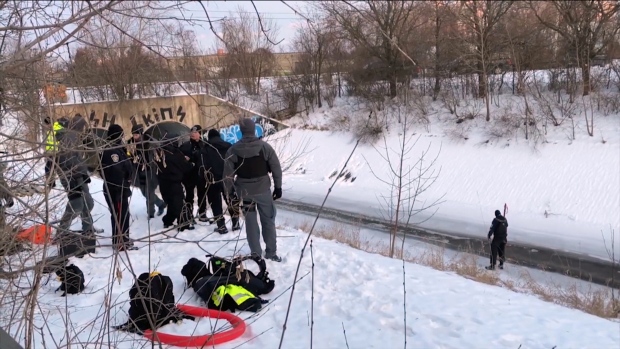 Police are investigating after a body was found encased in ice in a frozen Burlington Creek Tuesday afternoon. (CTV News Toronto)

Halton police have identified a body that was found in a frozen creek in Burlington Tuesday.

There was a heavy police presence in the area of Grahams Lane and Legion Road, where the body was located at around 1:30 p.m.

“Our detectives were here earlier this afternoon and we’ve discovered what we believe to be a body that is submerged under the ice in a viaduct,” Inspector Ivan L'Ortye said.

Police confirmed that the deceased was a 22-year-old female who had been missing since Sunday.

"Her death does not appear suspicious in nature," police said in a tweet.

We are saddened to confirm that the deceased is a 22 y.o. female from #BurlON who had been missing since Sunday. Her death does not appear suspicious in nature. The investigation is now with the coroner. Please contact our Criminal Investigations Bureau if you have any info. ^jh

The investigation is now with the coroner, according to police.

No further details have been released regarding the identity of the deceased. 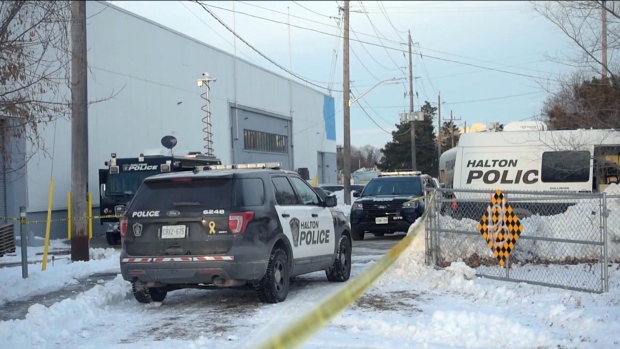