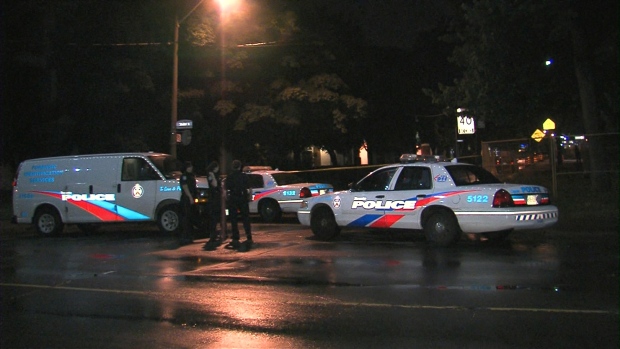 Toronto police are looking for a suspect after gunshots were fired in Regent Park early Thursday morning.

No injuries were reported after gunshots were heard near Shuter and Regent streets, just east of Parliament Street, at about 1:30 a.m.

No one has been charged.