Police investigating after 19 puppies stolen from a barn near Guelph 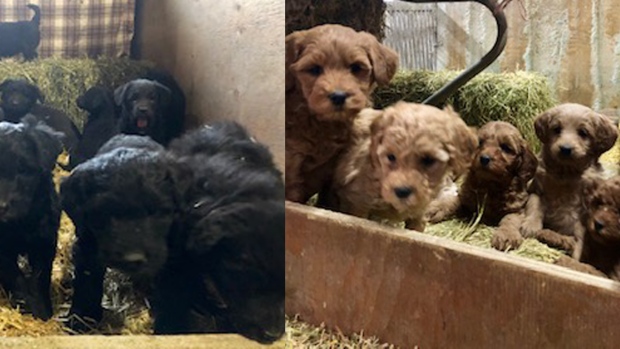 Ontario Provincial Police released these images of puppies that were stolen from a barn in Pilkington Township, just north of Guelph, Ont. (OPP/ Twitter)

ELORA, Ont. -- Provincial police in southern Ontario say they're investigating after 19 puppies were stolen from a barn.

Police say the incident happened on Friday at a rural property in Pilkington Township, just north of Guelph, Ont.

They say the owner had listed the puppies on an online classified ad before the theft.

Police are asking for the public's assistance in their investigation.