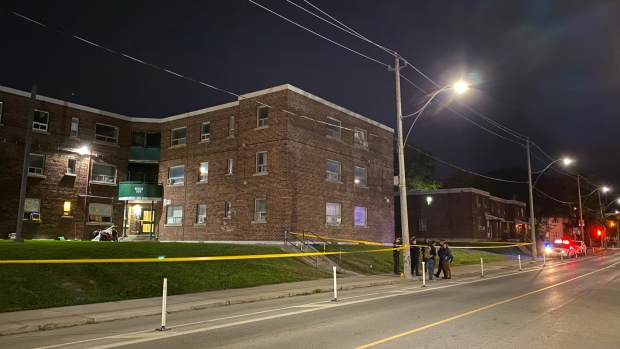 Police are investigating after a man was shot in the  Regent Park area on Thursday night.

A man in his 20’s was transported to hospital in serious, but non-life threatening condition after being shot in the River Street and Oak Street area.

Callers reported hearing seven to eight shots and shell casings have been located on scene.

Police said two suspects fled the scene. They may have been travelling in a grey or silver sedan, according to police.