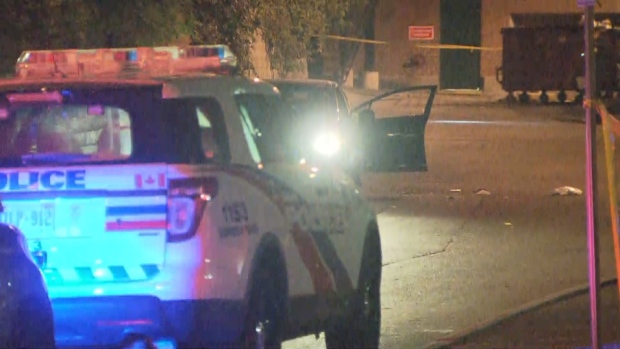 Toronto police are investigating a shooting near Windermere Avenue and The Queensway that seriously injured a man on Saturday night. (CP24)

Police are investigating after a 36-year-old man was fatally shot in the city’s Swansea neighbourhood, Saturday night.

Emergency crews were called to a housing complex in the area of Windermere Avenue and Swansea Mews, just north of the Queensway, for reports of a shooting at around 7:45 p.m.

The victim was found unconscious in a vehicle in life-threatening condition and was transported to hospital, where he was pronounced dead.

According to police the man was sitting in his car and was shot at multiple times through his window, by another car that had pulled up beside him.

Police do not know how many times he was hit.

A white sedan was seen leaving the area, police said.