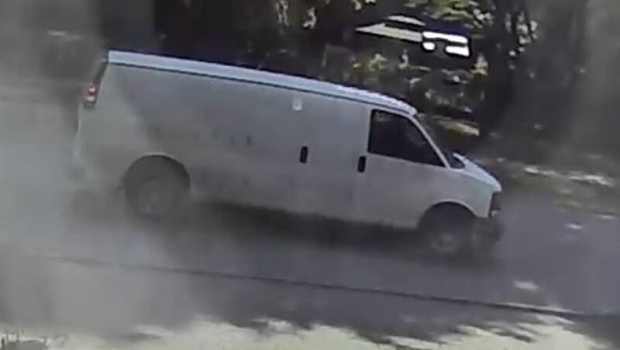 Police are looking for this vehicle they believed was used by a man who attempted to lure a child in Willowdale. (Handout)

Police have issued a public safety alert after a potential case of child luring in Willowdale.

Police say that a child was riding their bicycle on Longmore Street near Finch and Willowdale avenues between 6 p.m. and 8 p.m. on July 2nd when they were approached by a man driving a white vehicle.

It is reported that the man offered the child candy in an attempt to entice them to get into his vehicle but the child ignored the offer and biked away to safety.

The suspect is described as white, in his late 40s to early 50s with grey hair.

The vehicle is described  as a white cargo van, possibly a 2005-2010 Chevrolet Express or GMC Savana. It was last seen headed eastbound on Dunview Avenue.