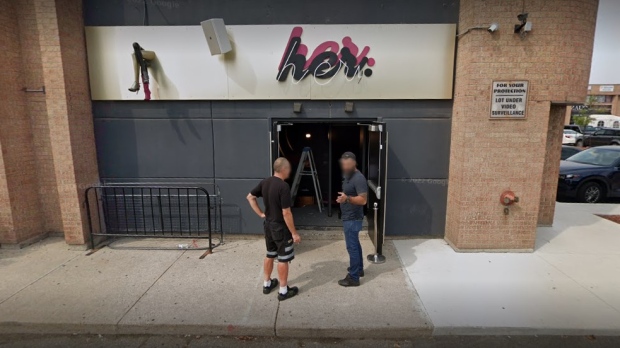 Her Nightclub is seen in this undated image. (Google Maps)

Police in Peel Region have issued a public safety alert regarding the “heightened risks” associated with visiting a Mississauga strip club.

In a news release issued Friday, investigators said they’ve responded to “over two dozen” incidents at Her Nightclub, which is located at Eglinton Avenue East and Dixie Road, since January of last year.

Those incidents include the seizure of six firearms, four separate shootings, and “numerous” priority calls for disorderly behavior.

“The elevated police resources allocated to responding to calls for service at this establishment impact our ability to respond to other priority calls promptly,” the news release read.

Investigators said they will continue to work to “mitigate the public safety risks” associated with the location.

Police are asking anyone with information related to any of the incidents to contact police at (905) 453–2121 ext. 1233 or Crime Stoppers.