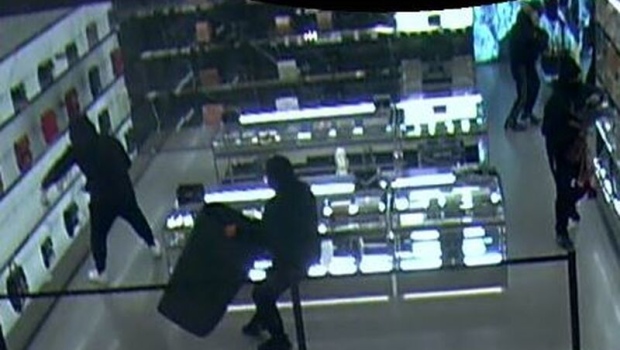 Toronto police have released security camera images of suspects who allegedly stole merchandise worth hundreds of thousands of dollars from a downtown store earlier this month.

On Jan. 10, officers were called to a break-and-enter in a retail store near Yonge Street and Queen Street West around 1:45 a.m.

Police said five suspects broke into the store and ransacked the place.

They fled the area hauling goods worth approximately $150,000, police said.

No specific descriptions of the suspects were released other than they were all wearing dark clothing.