Police looking for two suspects in fatal shooting of teen 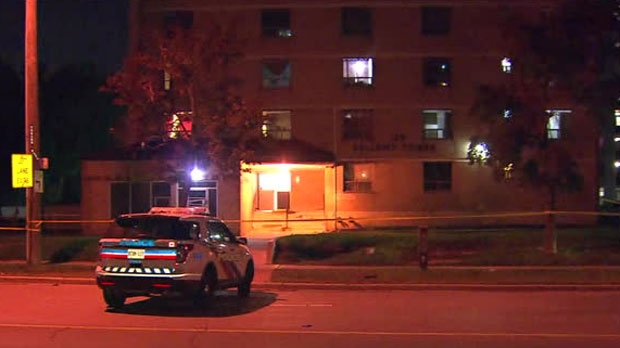 Police tape off the scene of a shooting on Bellamy Road in Scarborough.

Toronto police say a 16-year-old boy is dead after being shot in the city's east end on Friday evening.

Investigators say they found the boy with a gunshot wound and no vital signs at about 6:45 p.m.

They say the teen was taken to hospital, where he died.

Police say they're looking for two male suspects who were seen leaving the area in a dark SUV.

They say the teen's death is the city's 77th homicide of the year.