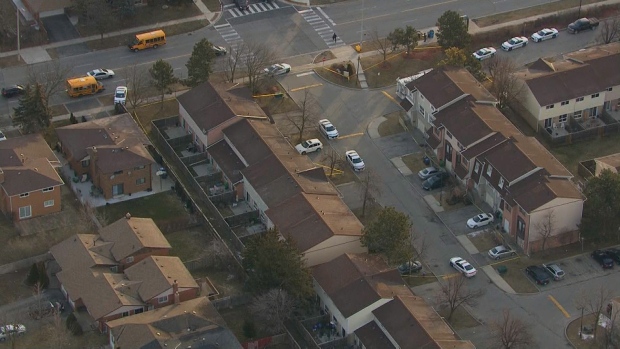 Peel Regional Police's homicide unit is investigating after a male was found dead in Brampton on Sunday afternoon.

Police have arrested a 23-year-old man in connection with a homicide in Brampton back in April.

Police were called to the area of Middleton Way and MacKay Street at around 2:15 p.m. on April 8, where they found 46-year-old Valentino Pauletto suffering from obvious signs of trauma. Pauletto was then pronounced dead at the scene. Police have not said how he died, but have indicated that they believed the homicide was an “isolated incident.”

Following the incident, police arrested 36-year-old John Albert Lopez and charged him with accessory after the fact to murder but no arrests were made in connection with the homicide itself.

In a news release issued on Friday, police confirmed that 23-year-old Colin Sookram has been arrested and charged with second-degree murder in Pauletto’s death.

Police have not commented on the relationship between the victim and the accused.

Sookram appeared before the Ontario Court of Justice in Brampton on Friday.