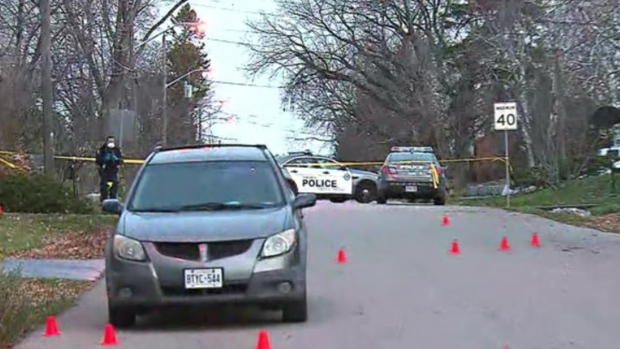 Police have charged a 24-year-old Mississauga woman with murder in connection to a stabbing incident in Scarborough’s Port Union area last week that left a 32-year-old man dead.

Toronto police say they were called to Port Union Road and Fanfare Avenue late on the night of Nov. 16, after passersby found a woman in a residential area suffering serious injuries.

A man was also found in the back yard of a nearby home suffering from life-threatening stab wounds.

He was later pronounced dead at the scene.

On Tuesday, police identified the man as Brent Mancheese of Toronto.

Investigators said at the time that the suspect and Mancheese got into an altercation and the female fled her home to a neighbour’s home several doors down the street.

She was taken to hospital for treatment of her injuries and later taken into custody.

On Tuesday, police identified her as Chelsey Arkarakas.

She was charged with one count of second-degree murder.

Arkarakas remains in custody and is expected to appear in court at 1911 Eglinton Avenue East on Nov. 30 at 10 a.m.

Anyone with information is asked to call homicide detectives at 416-808-7400.