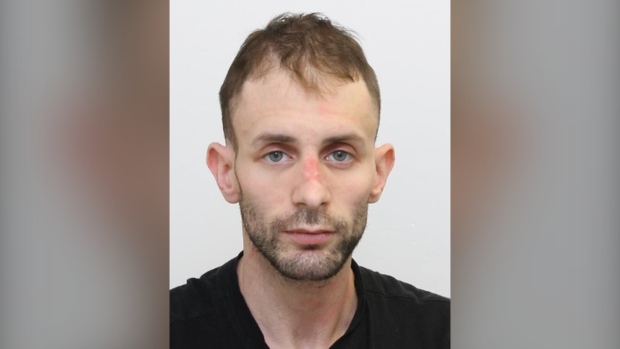 Toronto police have identified the second suspect wanted in an assault in East York in August that left a 77-year-old man dead.

Police say the victim became involved in an argument with a man and a woman in front of an establishment in the area of Woodbine and Danforth avenues on the afternoon of Aug. 6.

It is alleged that the man and the woman punched the 77-year-old man and knocked him to the ground.

The victim was taken to the hospital in critical condition. On Thursday, police announced that the victim had died. He was identified as Toronto resident John Manion.

It is not known what led to the fight.

Police have released images of the two suspects, who are both wanted for manslaughter.

The woman was identified Thursday as 41-year-old Arja Duffy. Police named the male suspect Friday as 28-year-old Tyler George. Both are from Toronto.

Police said Duffy and George are considered violent and dangerous.