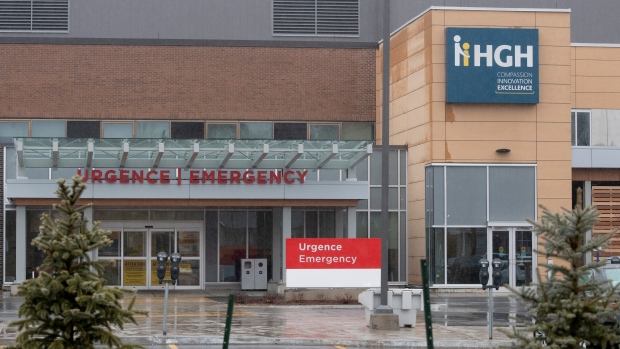 The Hawkesbury General Hospital in Hawkesbury, Ont., is seen Friday, March 26, 2021. A doctor in eastern Ontario has been charged with one count of first-degree murder as provincial police investigate multiple suspicious deaths at the hospital where he works, The Canadian Press has learned. THE CANADIAN PRESS/Adrian Wyld

HAWKESBURY, Ont. -- Police have identified an 89-year-old Quebec man as the alleged murder victim of an eastern Ontario doctor who was arrested last week.

OPP say they were called to the Hawkesbury and District General Hospital hospital that day.

They say Poidinger was pronounced dead at the hospital and Brian Nadler was taken into custody.

Police have charged Nadler, 35, of Dollard-des-Ormeaux, Que., with first-degree murder.

OPP say they are looking into other recent suspicious deaths at the hospital.