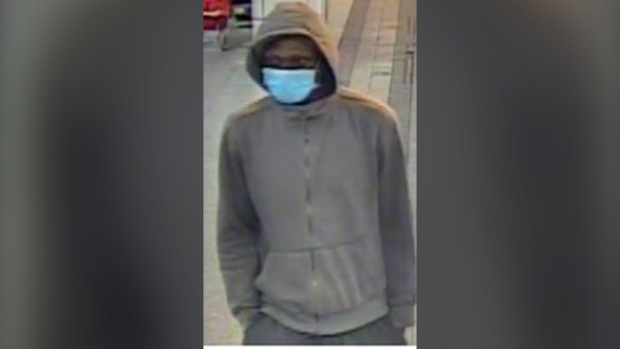 Police have released security camera images of a suspect wanted in connection with a stabbing at Royal York Station on Tuesday that left a man with critical injuries.

Officers were called to the Line 2 station at Bloor Street and Royal York Road just before 4 p.m. 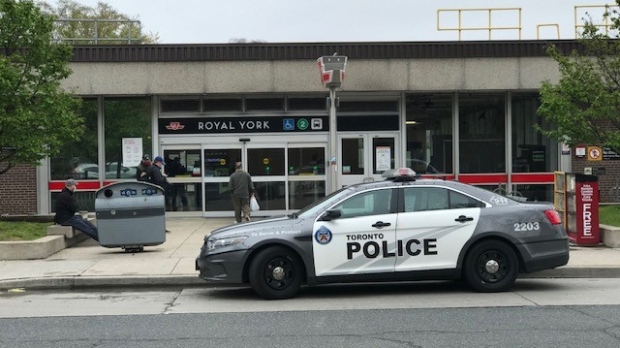 Police said the incident began at Islington Station, where two men got on a subway train and became involved in a verbal altercation.

It resulted in one of the men stabbing the other, police said. The suspect got off the train at Royal York and fled the area.

When officers arrived, they located the victim on the subway platform suffering from multiple stab wounds. He was transported to a hospital, where he remains in life-threatening condition.

The suspect is described as wearing a grey hooded sweater, blue face mask and grey pants.

It is unclear whether the victim and suspect knew each other, police said.

Anyone with information is asked to contact police at 416-808-2200, Crime Stoppers anonymously.