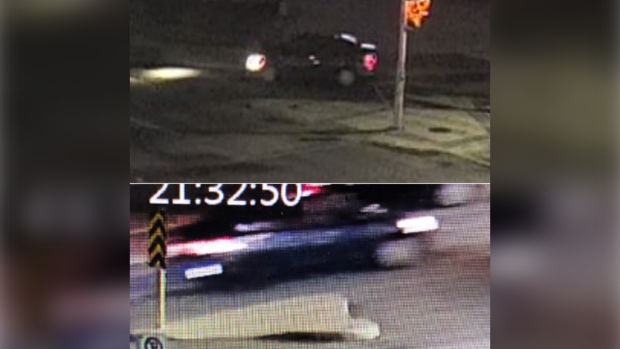 Police are looking for this suspect vehicle involved in a shooting in Mississauga in August. (Handout)

Police have released surveillance video footage of a suspect vehicle involved in a Mississauga shooting in August that left a 25-year-old man dead.

On Aug. 3, Peel police responded to reports of shots fired at a townhouse complex of Guildwood Way and Huntington Ridge Drive around 9:30 p.m. 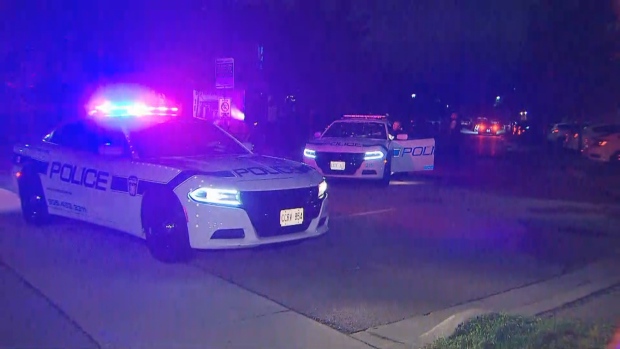 When emergency crews arrived, a male victim was found suffering from a gunshot wound. He was rushed to hospital in critical condition.

Police said the victim, who had been identified as Abdifatah Salah, of Mississauga, died in hospital two days later. 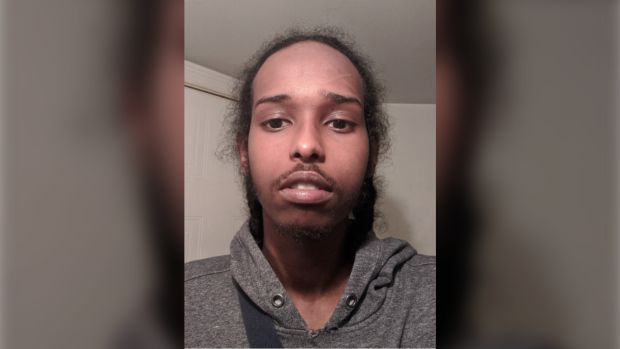 On Wednesday, investigators said they believe three young offenders are responsible for the shooting.

Police have also released a video that showed the suspect vehicle and captured the sound of gunshots ringing out in the area.

The car, described as a four-door dark coloured vehicle, was last seen on Eglinton Avenue at Hurontario Street, police said, adding that it is missing a rear hubcap from the passenger side.

“This was a senseless act of gun violence which resulted in a life being taken,” Deputy Chief Nick Milinovich said in a statement.

“This type of violence will not be tolerated by our service or our communities. It is a priority for our investigators and they are committed to ensuring justice for the victim and loved ones.”

Anyone who has seen a car that matches the description is being asked to contact investigators or Crime Stoppers anonymously.