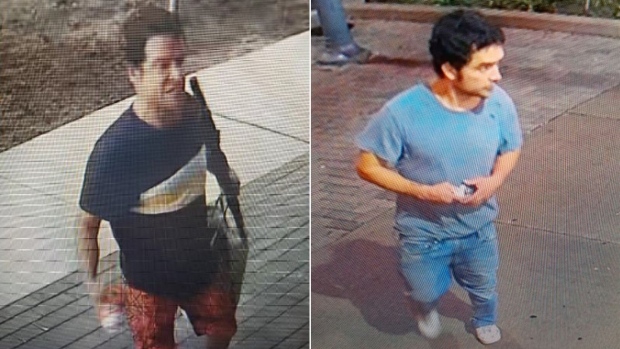 Police are looking for this man who they believe is responsible for breaking into several buildings in Mimico between August and October. (Toronto Police Service)

Toronto police are asking for the public’s help identifying a suspect after several buildings in Mimico were broken into and damaged.

Police said they responded to 10 reports of break-and-enters in the area of Lake Shore Boulevard West and Parklawn Road between Aug. 6, 2020 and Oct. 15, 2021.

In one incident, a man allegedly smashed a window of a building to gain entry.

Inside, the man “caused extensive damage to the building and personal property,” police said.

He also allegedly turned on the water in one unit, flooding the place overnight.

Police believe the man is also responsible for breaking into several high-rise condominium buildings in the area and causing extensive damage.

In another incident, police said he allegedly pulled the building's fire alarm even though there was no emergency.

On Sunday, police released photographs of the man. He is described as five-foot-eight, between 150 and 160 pounds, clean-shaven with dark hair.

Police said he has been seen running through the neighbourhood with no shirt on several occasions.