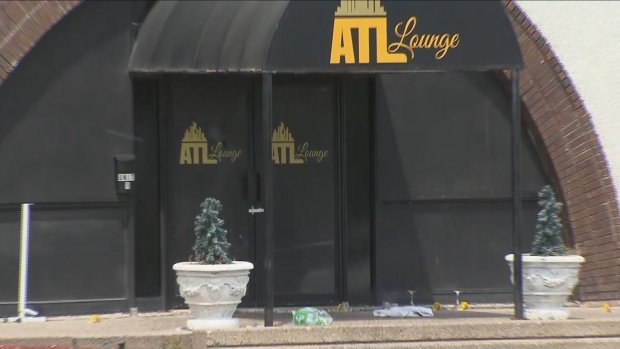 Police in York Region are investigating a double homicide that occurred inside a nightclub in Vaughan, Ont. on July 23, 2022.

Two men who were shot dead inside a Vaughan nightclub over the weekend have now been identified and police say that both were working as security guards at the establishment at the time.

The shooting took place at the ATL Lounge in the vicinity of Highway 7 and Keele Street in the early hours of Saturday morning.

Two men, since identified as 25-year-old Toronto resident Tosin Amost-Arowoshegbe and 22-year-old Mississauga resident Chibueze Momah, were both pronounced dead at the scene.

The third victim, a 20-year-old female, was taken to hospital with serious injuries and is currently listed in stable condition.

In a news release issued Monday, police said that investigators believe some sort of altercation took place inside the lounge that led to the shooting.

“Investigators believe this was a targeted incident,” police said in the release.

Police say that two deceased parties were employed as security guards at the nightclub while the female victim was a patron.

So far the authorities have only released an extremely limited suspect description. He is a described as a Black male, is his 20s with a thin build. He was last seen wearing a white shirt.

Police are urging anyone with cell phone video or photographs from inside or outside the establishment to contact investigators.