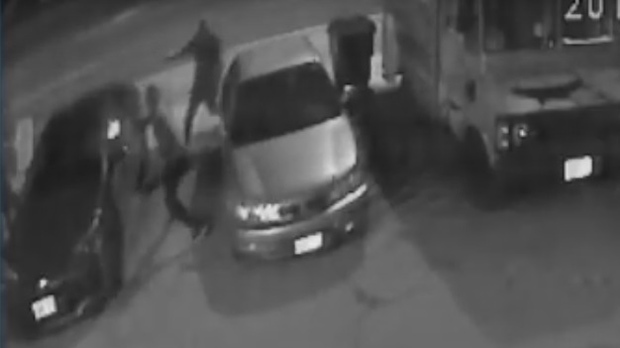 Toronto police say that they have recovered a firearm as they continue to investigate the fatal shooting of a Hamilton man in the city’s Fairbank neighbourhood back in April.

Leonard Pinnock, 33, was sitting in a parked car outside a plaza in the area of Dufferin St. and Bowie Avenue on the night of April 21 when he was shot multiple times.

About a month after the shooting, police released surveillance camera footage that showed two suspects walking up to the car and opening fire. To date, no arrests have been made in the case.

In a news release issued on Wednesday, police said that they have now recovered “valuable evidence” in the shooting, including a firearm.

A news conference is scheduled for 2:30 p.m. to provide a more substantial update on the breakthrough.