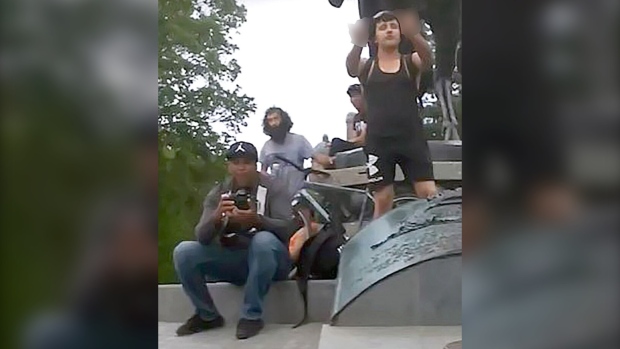 Toronto police have released photographs of individuals believed to have been involved in an assault in May.

Police have released photographs of individuals believed to have been involved in an assault that took place in May near Queen’s Park.

According to investigators, a 41-year-old woman wearing a mask was accosted by a group of men not wearing masks around 7:30 p.m. on May 22.

Police say that the men tried to grab the woman’s mask and threw beer cans at her. They then allegedly took her picture and threatened her.

On Thursday, police released photographs of suspects wanted in connection with the case.

Anyone with information is being asked to contact police or reach out to Crime Stoppers anonymously.