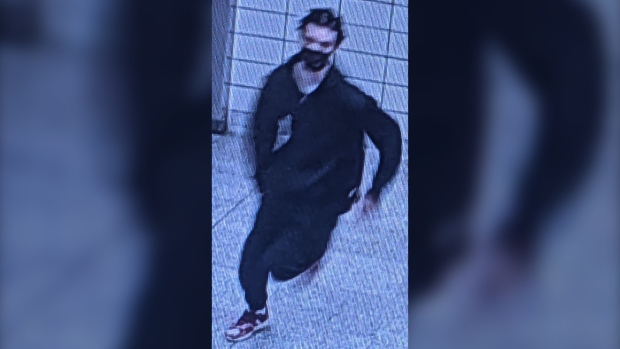 Police are looking for this suspect after he allegedly stabbed a woman multiple times at Dundas West Station. (Toronto Police Service)

Police are searching for a man who allegedly stabbed a woman at Dundas West Station Friday evening.

The stabbing occurred on the westbound platform of the station just before 11 p.m.

Police say a woman and a man, who she did not know, exited a westbound train.

The man then stabbed the woman multiple times, police say.

The victim was transported to the hospital with serious but non-life-threatening injuries.

He is described as between five-foot-five and five-foot-ten, with a slim build and black hair in cornrows.

The suspect was wearing a black hooded sweater, black track pants, and red and white shoes.