Police search for suspect who allegedly exposed himself on subway 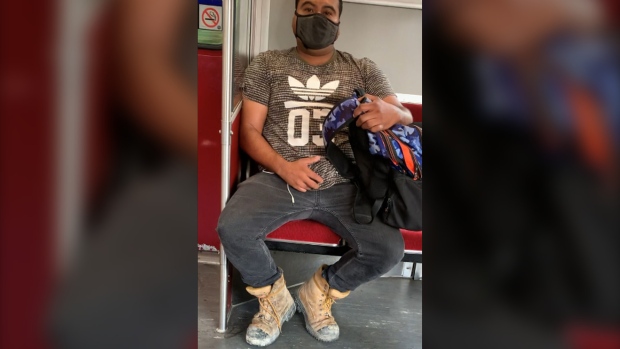 Police are searching for a suspect who allegedly exposed himself to people on board subway trains. (Toronto Police Service handout)

Toronto police are searching for a suspect who allegedly exposed himself to people on the subway last month.

According to investigators, the first incident occurred on July 12 at around 5:30 p.m. on a subway train in the area of Lawrence West Station.

Police say a man was sitting on the train and while looking at a person, exposed himself.

The second incident, police allege, occurred at around 7:45 a.m. on July 28 on board a subway train near Runnymede Station.

Police say they believe the same man was seen looking at a victim before exposing himself on board the train.

“Investigators are also concerned there may be more victims and are seeking the public's assistance in identifying this man,” Toronto police said in a news release issued Wednesday.

Anyone with information can contact police or Crime Stoppers anonymously.