Homicide detectives are trying to locate a vehicle they say may be connected to a homicide at a luxury townhouse in Markham.

Officers were called to a townhouse on Feeney Lane, in the area of Bayview Avenue and Highway 7, shortly after 2 p.m. on Wednesday for a wellness check.

When they arrived on scene, they found one man suffering from obvious signs of trauma inside the residence and he was subsequently pronounced dead.

The death has now been ruled a homicide and members of York Regional Police Service's homicide unit have been called in to probe the circumstances surrounding the incident.

Police say they are awaiting the results of an autopsy and have not provided any details about the victim’s cause of death.

Investigators have not yet released the name of the victim, who is believed to be in his 50s, but family and friends told CP24 that a man they identified as Mehdi Amin lives in the home and that police were contacted after he failed to show up for work on Monday. 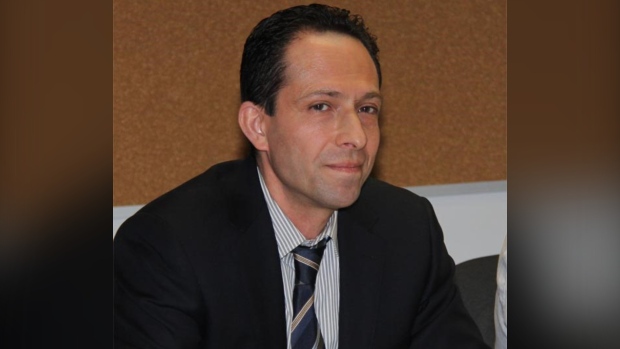 “I think it is cowardly to go after such a kind-hearted person. He was such a nice person,” said Soheila Zarrabi, who is a friend of Amin.

Police say they will release the victim’s identity after a post-mortem examination is complete.

Officers are asking to the public for help tracking down a vehicle that may be linked to the case.

The vehicle has been described as a black Honda CRV with the licence plate number BNEV917.

“Investigators are appealing to anyone who may have seen anything suspicious in the area who have not yet spoken to police to please come forward. They are also appealing to anyone in the area with residential video surveillance that may have captured anything suspicious to please come forward,” York Regional Police said in a news release issued Thursday.

Speaking to CP24 at the scene on Thursday morning, Sgt. Andy Pattenden said police are currently undertaking an extensive canvass of the neighbourhood to locate witnesses.

"We are still looking to put a time frame on this incident. When did it occur," Pattenden said. "Our investigators are going to be here most of the day and probably into the night."

-With files from CP24's Cam Woolley and Steve Ryan