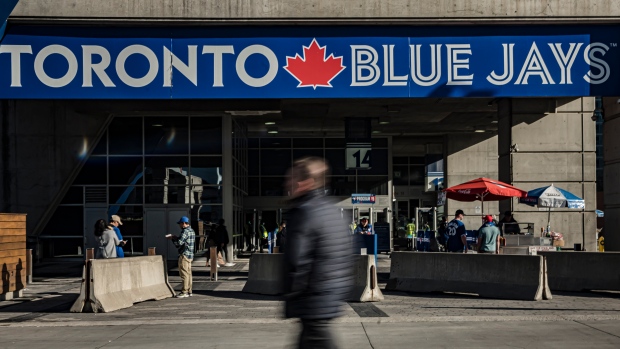 The Rogers centre is photographed n Toronto, on Wednesday, May 4, 2022. THE CANADIAN PRESS/Christopher Katsarov

Police are looking to identify a man accused of assaulting a woman at a Toronto Blue Jays game at Rogers Centre Friday evening.

According to Toronto Police Services (TPS), the incident took place at approximately 9:15 p.m., when “several” fans in attendance became involved in an altercation.

Investigators allege, during the melee, a male suspect assaulted a female. She sustained an injury.

The male suspect then fled the area with another female, they said. Their identities are currently unknown.

“Rogers Stadium security is assisting police with the investigation and we expect to be able to identify them,” police said in a statement.

“Both suspects are urged to contact legal counsel and arrange their surrender to the Toronto Police Service.”