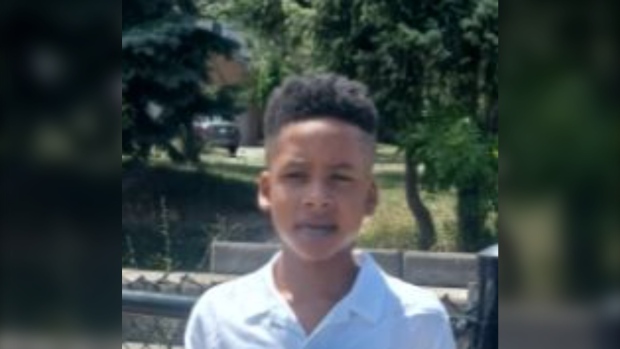 Lucan Green seen in this undated photo is missing. He was last seen at around 1:45 p.m. in Mississauga. (Peel Regional Police)

Peel police are asking for help locating a missing 10-year-old boy from Mississauga.

Police say the boy, identified as Lucan Green, was last seen on foot on Wednesday at around 1:45 p.m. in the area of Burnhamthorpe Road West and Erin Mills Parkway.

Green is described as five-foot-one, 100 pounds, with short black straight hair. Police say he was last seen wearing a black sweater with the word ‘Adidas’ written in white across the chest, Olive Green track pants, and a black backpack with red on it.

Police and his family are concerned for his well-being.