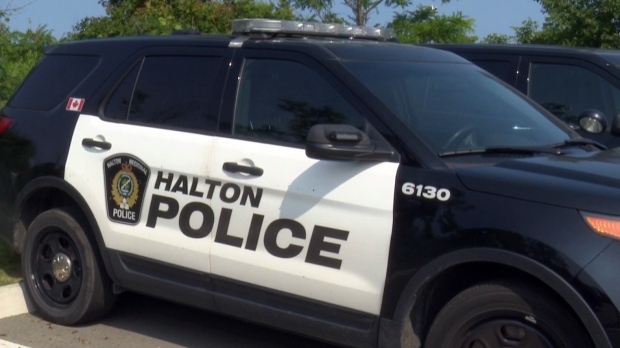 Halton police are asking for the public’s help in identifying a suspicious man seen interacting with young children at an elementary school in Burlington.

The first incident was on Sept. 23, at around 10:30 a.m., when he was seen on the school’s property interacting and possibly taking photos of a group of children with his cell phone.

The man was confronted by school staff and left the area on a bike.

The second incident was a week later on Sept. 30 when the same man was seen on the property interacting and possibly taking photos of children at approximately 12:40 p.m.

He was confronted by school staff again and left the area on foot.

On Sept. 23, he was wearing a light grey jacket with bulging pockets and was riding a blue bike.

In the second incident, he was wearing a grey pullover sweatshirt, a black baseball cap with a white emblem on the back, light-coloured framed glasses and white earbuds. He also had a large black cellphone.

Police are looking to identify the man and are asking anyone with information or dash-camera footage of the area from the time of the incidents to contact Detective Constable Dave Griffiths at 905-825-4777 ext. 2350 or Crime Stoppers anonymously at 1-800-222-8477.