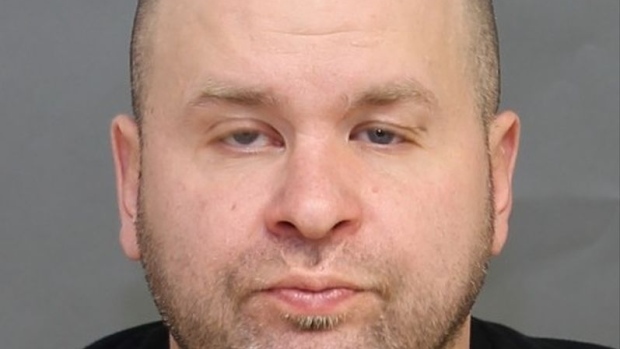 Police are appealing for information about the whereabouts of a 40-year-old man who allegedly cut off a GPS ankle bracelet while on bail for a slew of assault charges.

The suspect, identified as Stefanos Liakopoulos, was initially arrested and charged in an assault causing bodily harm investigation in January.

Police say that Liakopoulos was released from custody on “strict conditions,” including a provision that he be monitored via a GPS ankle bracelet.

It is, however, alleged that Liakopoulos cut off that GPS monitoring device in March.

In a news release issued on Wednesday afternoon police said that Liakopoulos should be considered “violent and dangerous” and urged anyone who may locate him to call 911 immediately.

Liakopoulos is described as bald, about five-foot-three and 201 lbs. with blue eyes, a u-shaped scar above his upper lip and numerous tattoos on both arms. Police say that he may be driving a white Hyundai Sonata with Ontario license plate #CCMS043.

He is wanted on a combined 16 charges, including nine counts of assault.