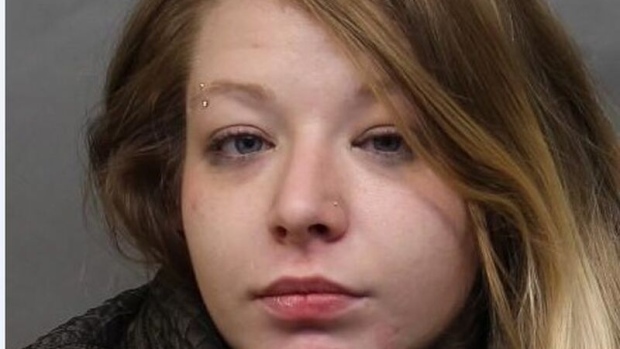 Colbie Harris, 27, of Toronto, is shown in this handout photo. (Toronto Police Service)

Police have issued an arrest warrant for a 27-year-old woman who allegedly crashed a stolen vehicle at a construction site in the west end and then fled the scene with an infant in tow.

Police say that the suspect was operating a stolen vehicle at around 1:35 a.m. on Nov. 27 when officers attempted to stop her.

Police say that the woman refused to stop and proceeded to flee the scene.

She then became involved in a single-vehicle crash at a construction site near Lawrence Avenue West and Caledonia Road a short time later, police say.

Witnesses have said that the woman ultimately fled the scene of that crash on foot with an infant.

Police say that Colbie Harris, 27, of Toronto, is wanted for five offences, including leaving the scene of an accident and failure to stop for police.

Police say that they are concerned for the safety of both Harris and the infant she was seen with.