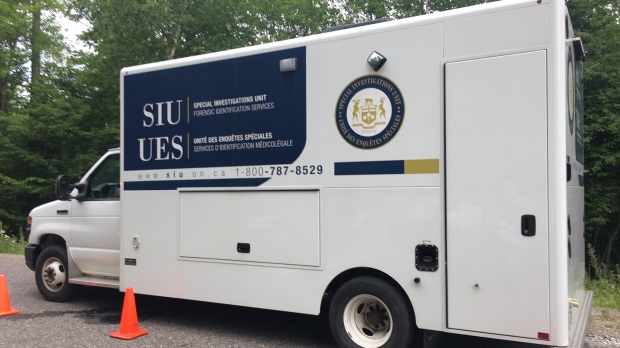 An SIU vehicle is seen in this undated file photo.

The Special Investigations Unit says police were called about an unwanted person at a home at about 8:20 p.m., and the first two officers on the scene “were confronted by a female wielding a knife.”

The agency says there was an interaction between the woman and police, and both officers shot at her.

She was struck, and the SIU says she was “mortally wounded.”

The arm's-length agency says a third officer tried CPR, but could not revive the woman.

The SIU is automatically called in to investigate incidents involving police where there is serious injury, death or allegations of sexual assault.

This report by The Canadian Press was first published Aug. 6, 2021.