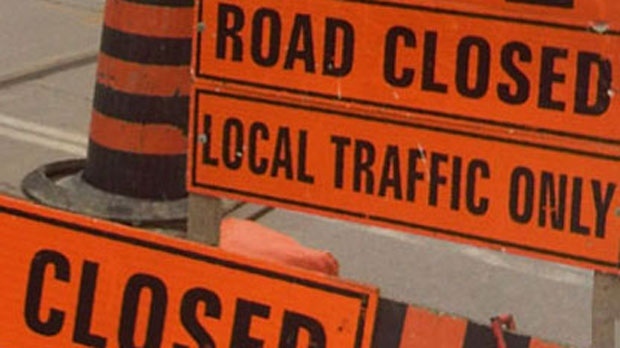 A portion of Yonge Street and a Gardiner Expressway off ramp will be closed for at least the next three days as crews complete emergency road work to address a “substantial flow” of water underneath a downtown intersection, the city says.

Yonge Street was closed between Front Street and Lake Shore Boulevard on Monday night and is not expected to reopen until later this week.

The city has also closed the off ramp from the westbound Gardiner Expressway to Yonge Street.

The city says that the closures are necessary to allow crews to address “a substantial flow of ground water under the intersection of Yonge Street and The Esplanade,” which was first identified by a contractor over the weekend.

“After further investigation and attempts to manage the ground water flow beneath the street, city staff determined excavation of the intersection requiring road closures is needed to locate the source of the water and make critical repairs,” a news release states. “Both the work site and detours will be clearly marked with signage and City staff will be on site to ensure safe implementation of the closure.”

The city says that it is making every effort to ensure sidewalks remain open to pedestrians during the road closure.