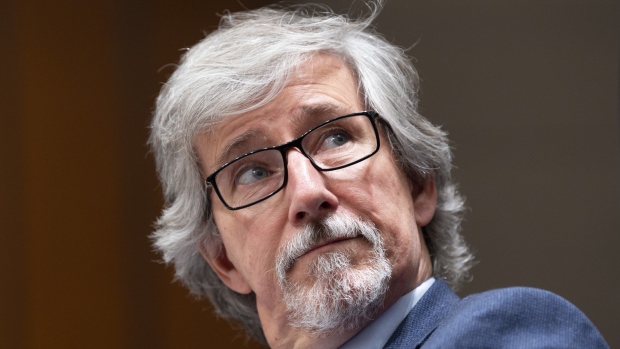 The federal and provincial privacy commissioners have launched an inquiry into a controversial facial recognition software in the wake of reports that several police services have tested the product, including some in the GTA.

“The investigation was initiated in the wake of numerous media reports that have raised questions and concerns about whether the company is collecting and using personal information without consent,” officials said in a joint statement Friday.

The investigation will be undertaken by the Office of the Privacy Commissioner of Canada along with provincial counterparts in Alberta, British Columbia, and Quebec.

Toronto Police Service said in an email to CP24 last week that some officers began “informally testing” Clearview AI in October last year without the knowledge of Chief Mark Saunders.

“The Chief directed that its use be halted immediately upon his awareness, and the order to cease using the product was given on February 5, 2020,” Gray said.

It is not immediately known how and when Saunders became aware of the testing.

According to its website, Clearview AI states that it offers law enforcement a tool to search a trove of public images that it has collected from the internet to help with investigations.

The company, which was founded in 2017 by Richard Schwartz and Hoan Ton-That, became a subject of a New York Times report last month, revealing that more than 600 law enforcement agencies, as well as a handful of companies, have been using Clearview.

“The tool could identify activists at a protest or an attractive stranger on the subway, revealing not just their names but where they lived, what they did and whom they knew,” the Times reported.

Ontario’s privacy commissioner Brian Beamish told CP24 Friday that it is collaborating with all its federal and provincial counterparts “to develop guidance on the use of emerging biometric technologies, including facial recognition, by the private sector or public sector organizations.”

His office is not part of the joint investigation as it does not have oversight of financial institutions and private companies like Clearview AI.

“While very much in the planning stages, my hope is this guidance will explore the potential impacts of these technologies on privacy, the legal considerations related to the collection and use of biometric data, and the how the conditions under which these technologies are used might reflect the necessary balance between public safety and personal privacy,” Beamish said.

Peel Regional Police have also confirmed to CP24 that they, too, had accessed to the facial recognition software but said officers had been instructed to cease the testing until it is properly assessed.

In a statement emailed to CP24, Peel police said a “demo product” of the software was given to the police service for “testing purposes only.”

“The Chief has directed that testing cease until a full assessment is undertaken pursuant to a concurrent ongoing facial recognition review project,” Const. Sarah Patten said in an email to CP24 last week.

“Our review team is working closely with the Information and Privacy Commissioner’s Office as well as other police organizations to ensure any future application of facial recognition technology is in keeping with privacy legislation, guidelines and contemporary standards.”

“The free trial concluded, and an internal evaluation of the application is underway,” Halton police Const. Ryan Anderson said in a statement Friday.

“Pending the review by the Ontario Information and Privacy Commissioner and the Ministry of the Attorney General, the Halton Regional Police Service is not moving forward with any decisions regarding future use of the application.”

Durham Regional Police have told the Toronto Star that several of their investigative units have used Clearview AI. York Regional Police said they have never used the software.

- with files from Codi Wilson and Kayla Goodfield