Privacy concerns motivating millions to switch from WhatsApp to Signal 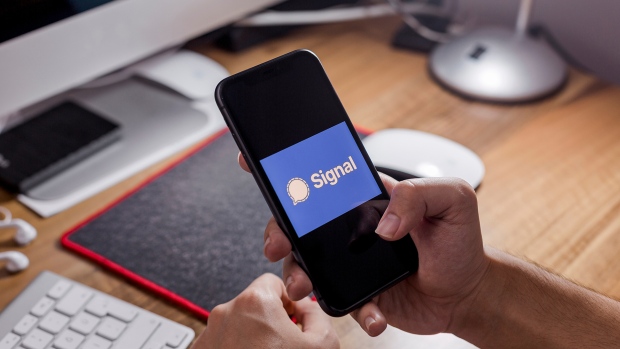 Users have flocked to encrypted messaging app Signal by the millions in recent days — bringing it to the No. 1 spot on both Google Play Store and Apple App Store's top free apps lists this week. (Shutterstock)

(CNN) -- Users have flocked to encrypted messaging app Signal by the millions in recent days — bringing it to the No. 1 spot on both Google Play Store and Apple App Store's top free apps lists this week.

Signal had about 7.5 million installations globally from the App Store and Google Play between Thursday and Sunday, more than 43 times the installations it received during the previous week, according to market intelligence firm Sensor Tower.

The jump in new Signal downloads also followed the riots in Washington D.C. and moves by Amazon, Apple and Google to cut ties with Parler, the social networking service favored by members of the far-right. Telegram, another encrypted messaging app on Tuesday said it had attracted 25 million new users from around the world in the previous 72 hours, bringing its total active user base to 500 million.

The huge spike in Signal's traffic caused some glitches. On Thursday, Signal tweeted that verification codes for new user sign-ups might be delayed "because so many new people are trying to join Signal right now (we can barely register our excitement)." The issue was resolved over the weekend.

"We are currently having a record level of downloads for the Signal app around the world," Signal staff said in a Reddit post Friday.

WhatsApp began notifying users last month of its updated terms of service and privacy policy, which people must agree to in order to keep using the app beyond February 8.

Many users expressed concerns about a section of WhatsApp's privacy policy that details what user data is collected and shared with parent company Facebook, which has a troubled reputation when it comes to protecting user data.

All private messages between individuals and most businesses on WhatsApp are protected by end-to-end encryption, meaning the app can't see them or share them with Facebook (users will be notified before chatting with a business where messages are not end-to-end encrypted). But WhatsApp does collect other user information, such has how and when someone uses the app, and user device information like IP addresses.

WhatsApp's privacy policy states that user information it collects may be shared with other Facebook companies "to help operate, provide, improve, understand, customize, support, and market our Services and their offerings."

However, these data sharing practices are not new, according to the company.

Here's what has changed: WhatsApp's privacy was last updated globally in 2016. At the time, it offered WhatsApp users the ability to opt-out of sharing data with Facebook, an option that was available for only a short time. In this latest update, the reference to that now-expired opt-out option has been removed.

The more significant update to the policy relates to WhatsApp's business users. It discloses that businesses thatuse WhatsApp to talk to customers can choose to store logs of their conversations on Facebook hosting services.

"The update does not change WhatsApp's data sharing practices with Facebook and does not impact how people communicate privately with friends or family wherever they are in the world," a WhatsApp spokesperson said in a statement, adding that the company remains "deeply committed to protecting people's privacy."

In short: No additional WhatsApp user data will be shared with Facebook after accepting the new terms than was shared before. That is, unless you took advantage of the opt-out in 2016.

WhatsApp has been trying to disspell confusion over the updated policy, including by publishing an FAQ on its privacy practices.

While the policy isn't new, the dustup has drawn attention to WhatsApp's data sharing practices with Facebook which many people might not have read before clicking "agree." That may be encouraging users to jump ship, with Signal proving to be the most popular alternative.

Signal is another free app that provides encrypted messaging, calling and video chat. "Encrypted" means that the contents of messages are scrambled until they reach the recipient, and no intermediary can view them. The app is run by the nonprofit Signal Foundation, which launched in 2018 with the help of WhatsApp Co-Founder Brian Acton, who left WhatsApp and Facebook the prior year.

Acton said in a 2018 statement announcing the launch of the foundation that Signal aims to build "sustainable technology that respects users and does not rely on the commoditization of personal data."

Amid the rush of new sign-ups, Signal is rolling out new features similar to those on WhatsApp, such as wallpaper backgrounds for chats and an "about" section for user profiles. And a new Apple policy requiring that apps provide a label detailing their privacy practices on the App Store may make it easier for users to compare various messaging apps' policies.

Signal did not immediately respond to a request for comment regarding the rush of new sign-ups.

The app has received some high profile endorsements. Tesla's Musk on January 7 tweeted: "Use Signal." Twitter CEO Jack Dorsey retweeted it, and later posted an image of Signal at the top of the App Store chart, captioning it with a heart.

Though their tweets didn't mention Facebook or WhatsApp, both Musk and Dorsey have previously criticized the social media giant.

Some people were apparently confused about Musk's advice, though. Shares of Signal Advance — a small, Texas-based technology company unrelated to the messaging app — rose more than 6,000% in the days following Musk's tweet, before tempering on Tuesday.

Signal, the messaging app, posted a cheeky tweet about the mix-up, saying: "Is this what stock analysts mean when they say that the market is giving mixed Signals?"